The Edge Company launches BCMS® Ventur: the solution to mitigate the birDstrike phenomenon

THE BIRDSTRIKE PHENOMENON TAKES ADVANTAGE OF ARTIFICIAL INTELLIGENCE, WHICH INNOVATES THE WHOLE AIRPORT SECTOR IN SAFETY AND SECURITY

Birdstrike: the collision between airplanes and birds

The phenomenon of birdstrike was born together with aviation. The first collision between aircraft and birds was made by one of the Wright brothers in 1910 at the dawn of flight. Since then it is counted that more than 250 airplanes have been seriously damaged or crashed because of this phenomenon, while the victims have been about 350 in the last 40 years.

For many years, bird strikes have been a greatly underestimated danger, but today, thanks also to a decisive legislative (both in Italy and in the rest of the world) and judicial intervention, the situation has radically changed: in Italy, but not only there, it is the airport operator who is jointly and severally liable for the damages that an impact can cause to an aircraft. There is no airport in Italy or in the world that does not have an ongoing program aimed at reducing the risk of birdstrike.

But much remains to be done as the problem is not at all easy to solve, and it should be emphasized. Yes, but why are we talking about airports? Birds fly everywhere, don’t they?

Well, actually, birds fly below a certain height, that is below 300 feet – luckily there are only a few Jonathan Livingston Seagulls – and 300 feet is the altitude at which a plane takes off and lands, the most delicate phases.

Airports are also ideal places for birds to eat and refresh themselves, especially because they are usually built near landfills (where birds find plenty of food) or near marshes or the sea, which are always attractive sources for birds, especially for migrating species.

And then, as we know, birds know no boundaries and their behavior, even if it can be habitual, is not predictable at all.

How to keep birds away from airports

Until now, getting birds away from airports has been a really difficult problem to solve. One reason for this is their rapid habituation to the methods that are put in place to remove them. Let’s not forget that birds have managed to survive by adapting from the Jurassic era and therefore are able to adapt to changes in an excellent way. Archaeopteryx is the most ancient bird of which trace has been found and it is for morphology a reptile with wings.

Needless to say, noise is not a deterrent, as airports can be very noisy, and the gas cannons that are usually installed to keep the birds away have an ephemeral effect, which decays as soon as there is habituation, so it is not at all uncommon to see nests on top of the cannons!

The use of birds of prey to keep them away is another trick often used by airports. Unfortunately, this method does not take into account some problems related to the bird species itself:

Very often in fact the hawks used for this purpose do not return.

Other methods that are sometimes fielded are the use of kites or similar to disturb the birds, but these are empirical methods without much effectiveness.

The establishment of BCUs to monitor avifauna

BCUs are groups of people who walk around the airport grounds equipped with binoculars and do fairly precise monitoring to know which and how many species are present at a given airport. An analysis, now compulsory by law, to establish then an effective method of removal, even if up to now there is not a unique and universally adopted method.

The most effective method to remove birds: danger calls

Once the number and type of species is known, there are species-typical distress calls that can be issued.

This is the most effective method, since every bird responds very well to the danger call of its species and moves away perceiving the place as inhospitable and therefore dangerous. The removal by means of the danger calls is undoubtedly the most effective, but it requires a lot of effort because it must be preceded by a deep knowledge of the bird population on the airport and it must be pursued over time. 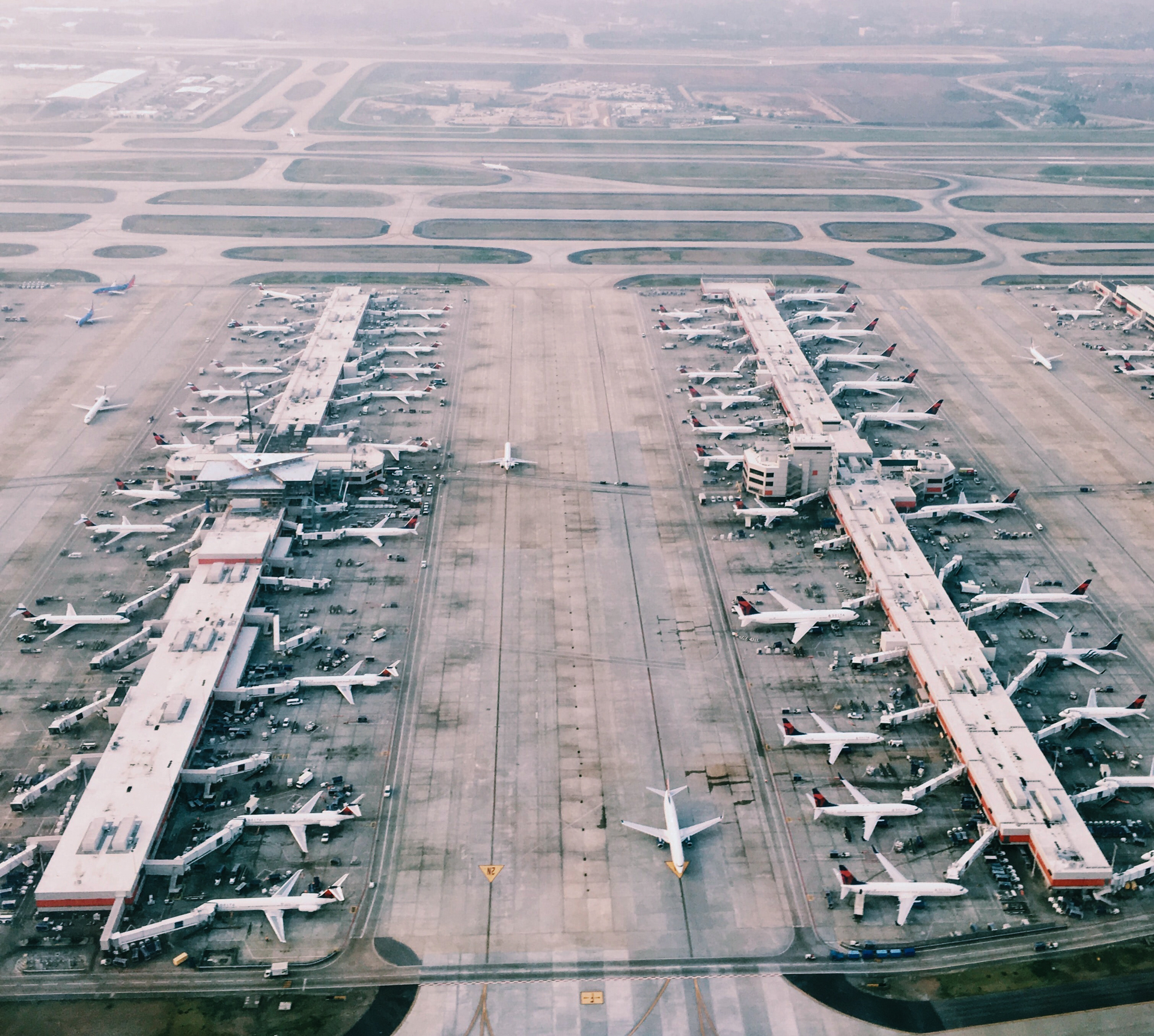 Pandemic and lockdown have increased the presence of birds at airports

During the first wave of the Covid-19 virus, civil flights were practically zero, and there was a drop in air traffic of about 80%, with only commercial flights to bring medical supplies and humanitarian flights to repatriate compatriots remaining active.

In Italy many airports have been practically closed, and every activity has been suspended, even the removal of wildlife. This resulted in the following period in a surge of accidents caused by impacts between birds and aircrafts.

A predictable event, since wild boars and deer had arrived in the city parks of Milan and Rome (here the wild boars can still be seen!), the most obvious thing was a mass return of the birds to the airports, since they have always been a source of attraction for them.

The monitoring of the areas of interest is therefore an indispensable method because in order to keep unwanted wildlife away, it is necessary to know what kind of wildlife it is and when it is in the area of interest.

Are there technologies that can preserve birds and people from birdstrike?

If people can’t do an assiduous and precise control is there any technology that allows us to do it today?

Sure. Thanks to artificial intelligence, it is possible to monitor precisely and extensively an area, even a large one, collecting data on which species are impacting it, in which period of the day they arrive and leave, in which period of the year they are present, in what number and where precisely. All this can now be known and can be done even without the direct intervention of staff, but through a system that “monitors” the area with cameras joined by a neural network that recognizes even at considerable distances such as 1 km, the different species.

Our system is called BCMS® VENTUR and was put on the market after the poc and pilot phases have given results even higher than expected. The system is based on the union of specific airport ecosystem knowledge, both in the biological and security fields, as well as in the technological hardware and software in AI.

Thanks to the presence of a diverse Team, the collaboration with Italian Universities and the support of partners such as Lenovo, Nvidia, Bosch, Italsicurezza, Thales, today we can say that BCMS® VENTUR is currently the most effective and efficient solution for the control of the airport area to increase flight safety and combat birdstrikes. And it will continue to improve over time to meet the needs of customers and legislative regulations in the future.

BCMS® VENTUR is a necessary system to counter growing 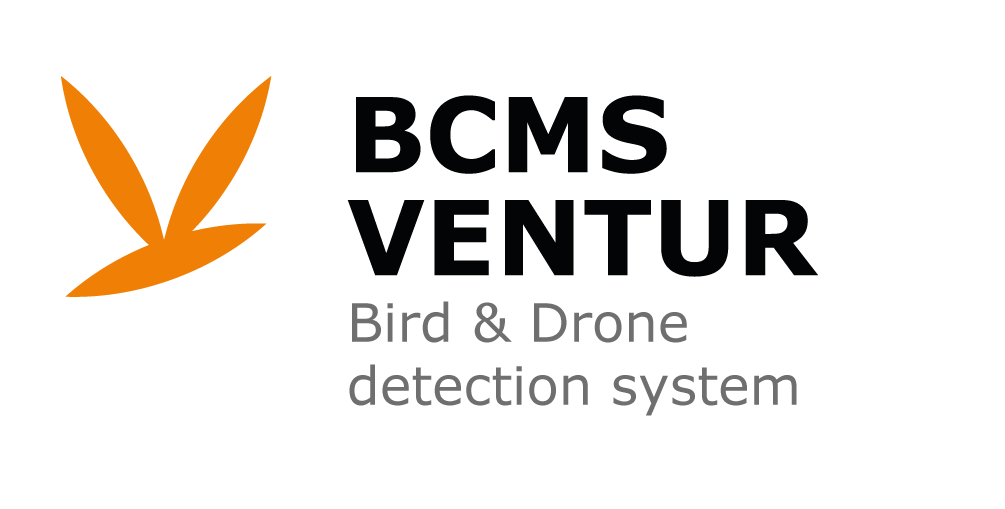 The herring gull population, for example, has more than doubled since 1980 to about 60,000, while the number of birdstrikes in Italy alone has increased from 348 in 2002 to 1084 in 2015. The effect of the impact, as is obvious, also depends on the size of the animal with which the aircraft collides.

The most dangerous birds are geese. Canadian geese are acclimatized to live near airports and are also responsible for the most famous accident of the last 20 years: the US Airways flight #1549 piloted by Chesley Sully Sullisberger that ditched in the Hudson in January 2009 following an impact with a flock of Canadian geese that compromised the functionality of both engines.

A sporadic episode? Not at all.

According to the FAA, the Federal Aviation Administration, 15% of the impacts have serious consequences on the aircraft, and in general even those that appear to be of minor importance involve long inspections of the aircraft, delays and cancellations with a direct impact on the airlines that should be the first to want to demand high safety standards based on the most modern technologies.

It has been calculated that a collision with a bird weighing about 5 kg at 240 km/h (which is the speed of an aircraft during landing) is equivalent to a weight of half a ton dropped from 3 meters. As you can understand, the effect can really be devastating for an airplane, even though it is subjected to tough resistance tests: for example, the Franco-German manufacturer Airbus throws frozen chickens on the engines to verify their resistance to impact.

In spite of the impact during the bird strike, the aircraft can safely continue to fly, in the worst case there are emergency landings, but it is definitely the bird that has the worst of the accident. Sometimes, it happens that pilots realize that a bird strike has occurred only when they land and they check the engine, the wing profiles, the cabin and the various sensors used to collect data during flight.

In some cases, when the impact is with a flock, the engine can be damaged in the vanes (fans) and so the safety of passengers is put at risk.

But if, as we have seen for aircrafts, the problem is mainly related to maintenance costs, delays and flight cancellations, the same cannot be said for birds, of which we are really making a carnage.

In addition to those most common in our cities and territories, in the planes, in various parts of the fuselage, wings, nose, there are carcasses of many species of birds, the last found in Madrid was a vuitre, the vulture with a wingspan of 2 meters. But there are also photos and reports of wild geese, hawks, kestrels, and many others.

Besides being aware of the danger that birds represent for aviation, it would be appropriate to consider that progress must take into account also other forms of life and that it is necessary to protect them in order to preserve the balance of habitats.

Voluntary associations and animal protection try to raise awareness from different points of view, but this of the Bird Strike seems to have little resonance, yet a single plane kills many birds: on the net there is a video of a plane taking off from Barcelona that runs over at least 20 seagulls. See for yourself. More recently at Bologna airport a plane hit a whole flock of herons, and this is the result.